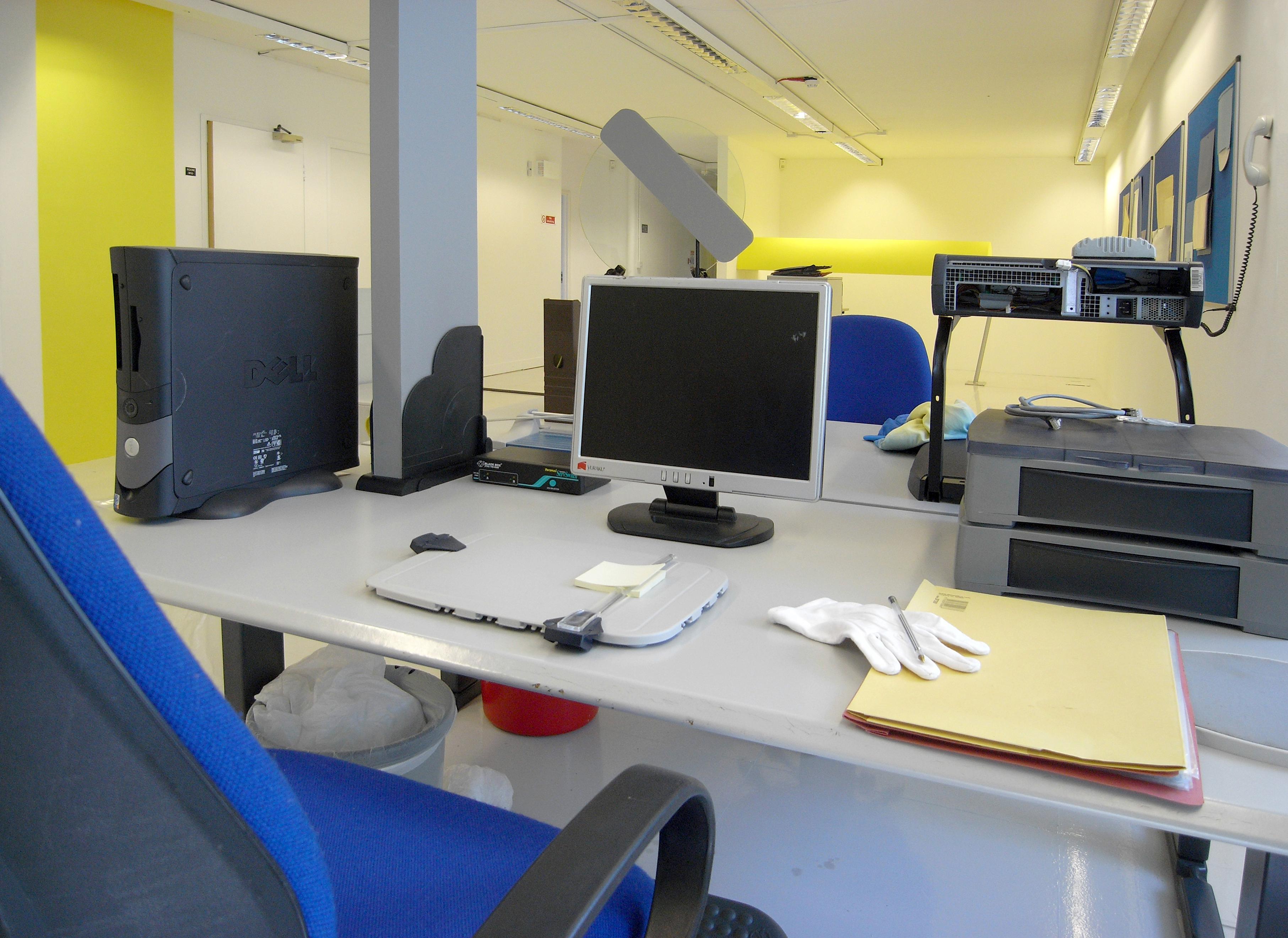 'Apple and Pear'
2012
Installation on-site
(2 spaces, side by side, with similar dimensions)


Originally built by the British Telecom as its South London headquarters, Erlang House today plays host to an art organisation. The on-site installation ‘Apple and Pear’ is a systematic and sculptural analysis of the mechanisms of this transformation. Responding to the architectural duality of the tower, it draws parallels between the gallery space and the fully function office environment next door which the viewer sees behind a window. Like a cross-dissolve in film the installation performs a gradual transition from one sight to another. It is the melting and merging of two components of unlike nature; highlighting a mismatching pair that you would not find together in any other way.


Review by Gabriel Coxhead in Time Out 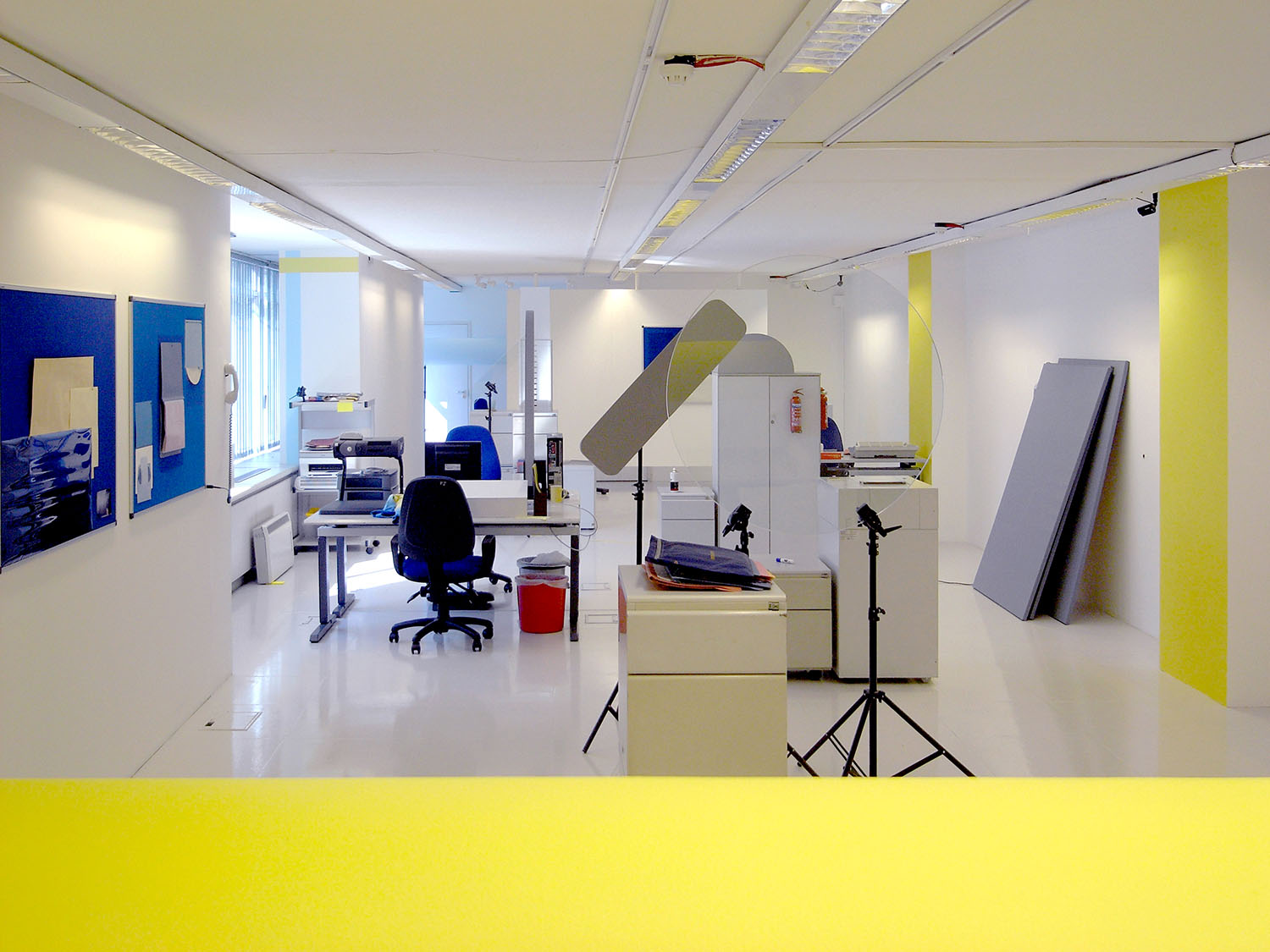 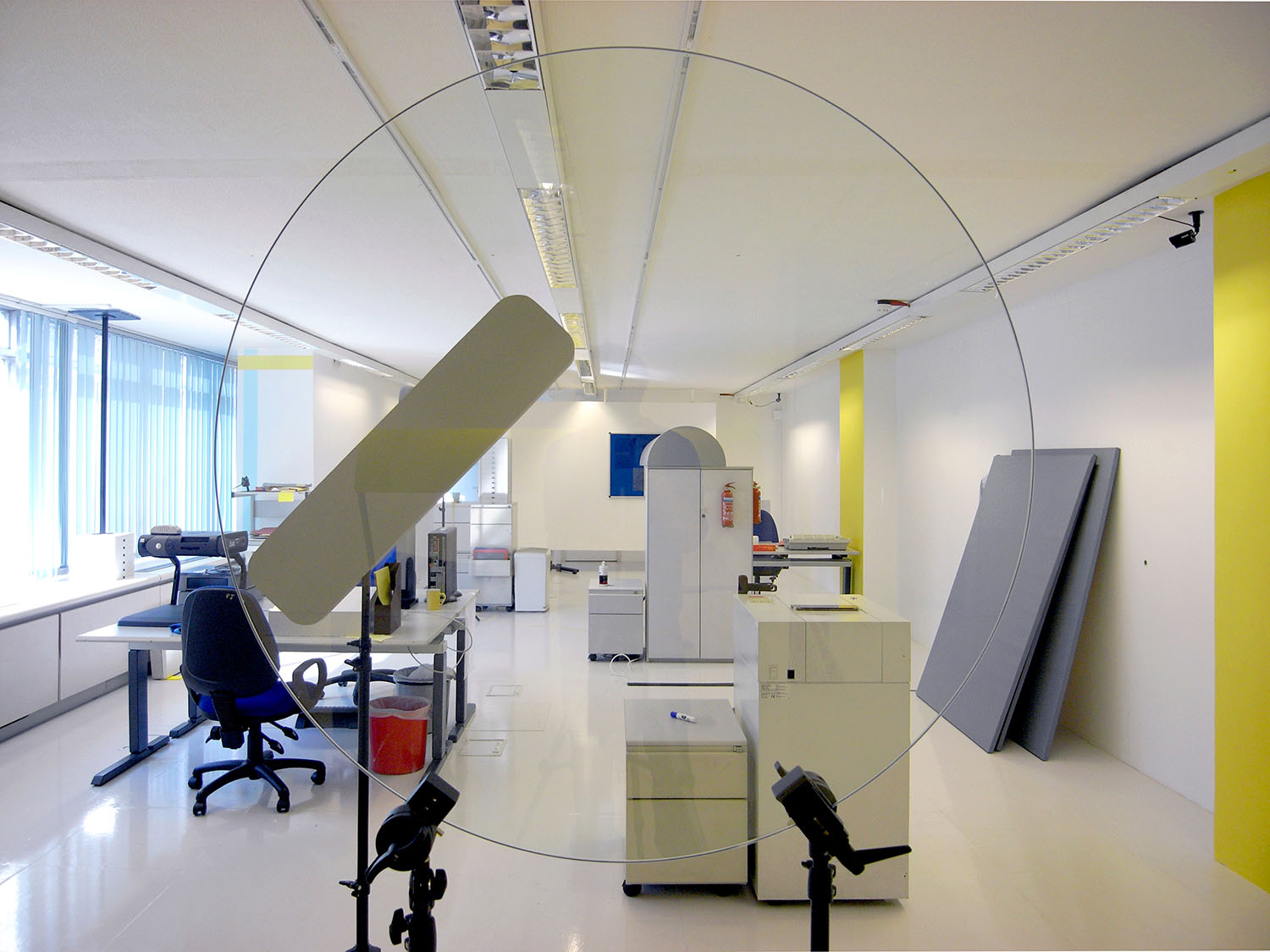 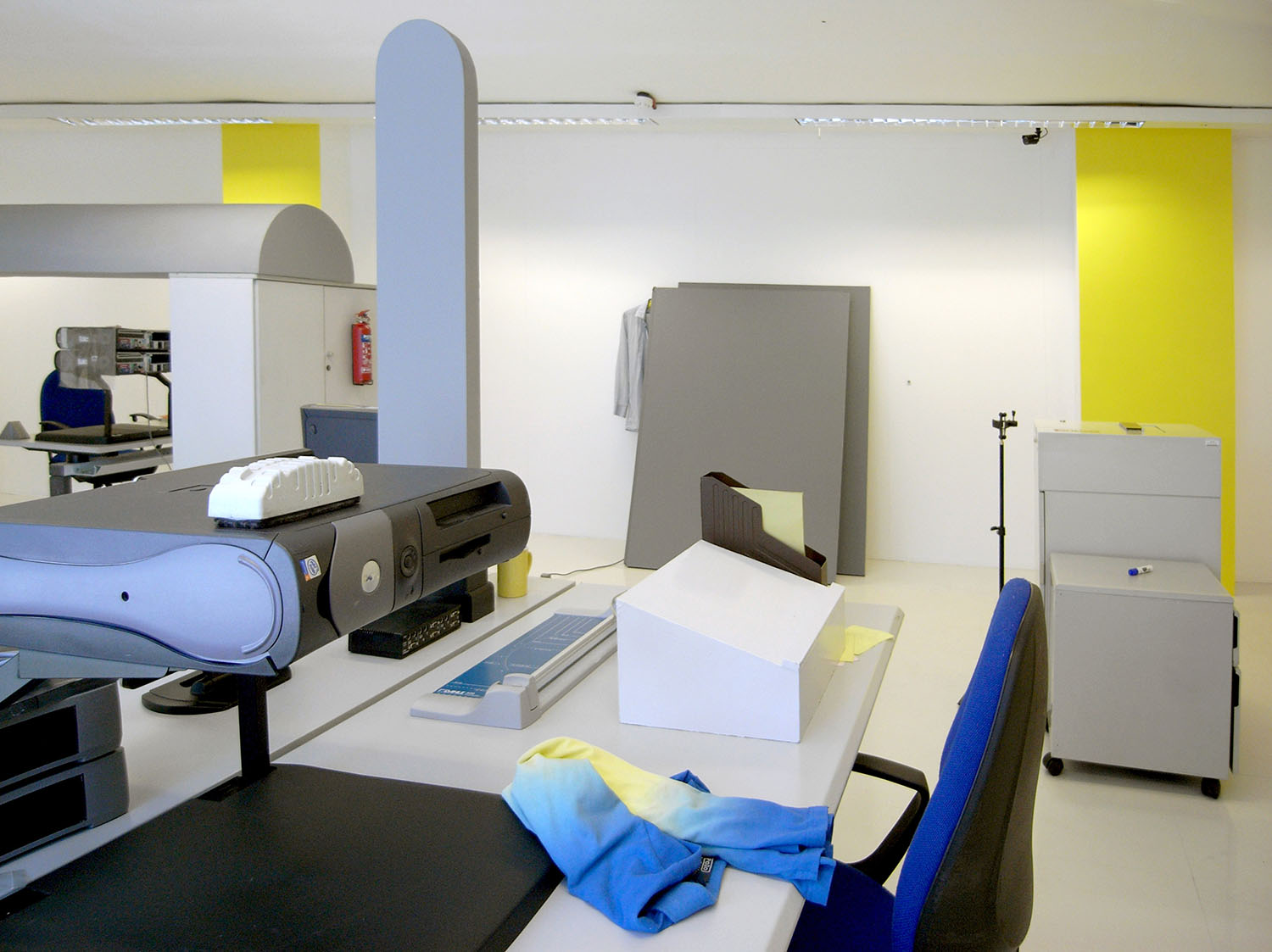 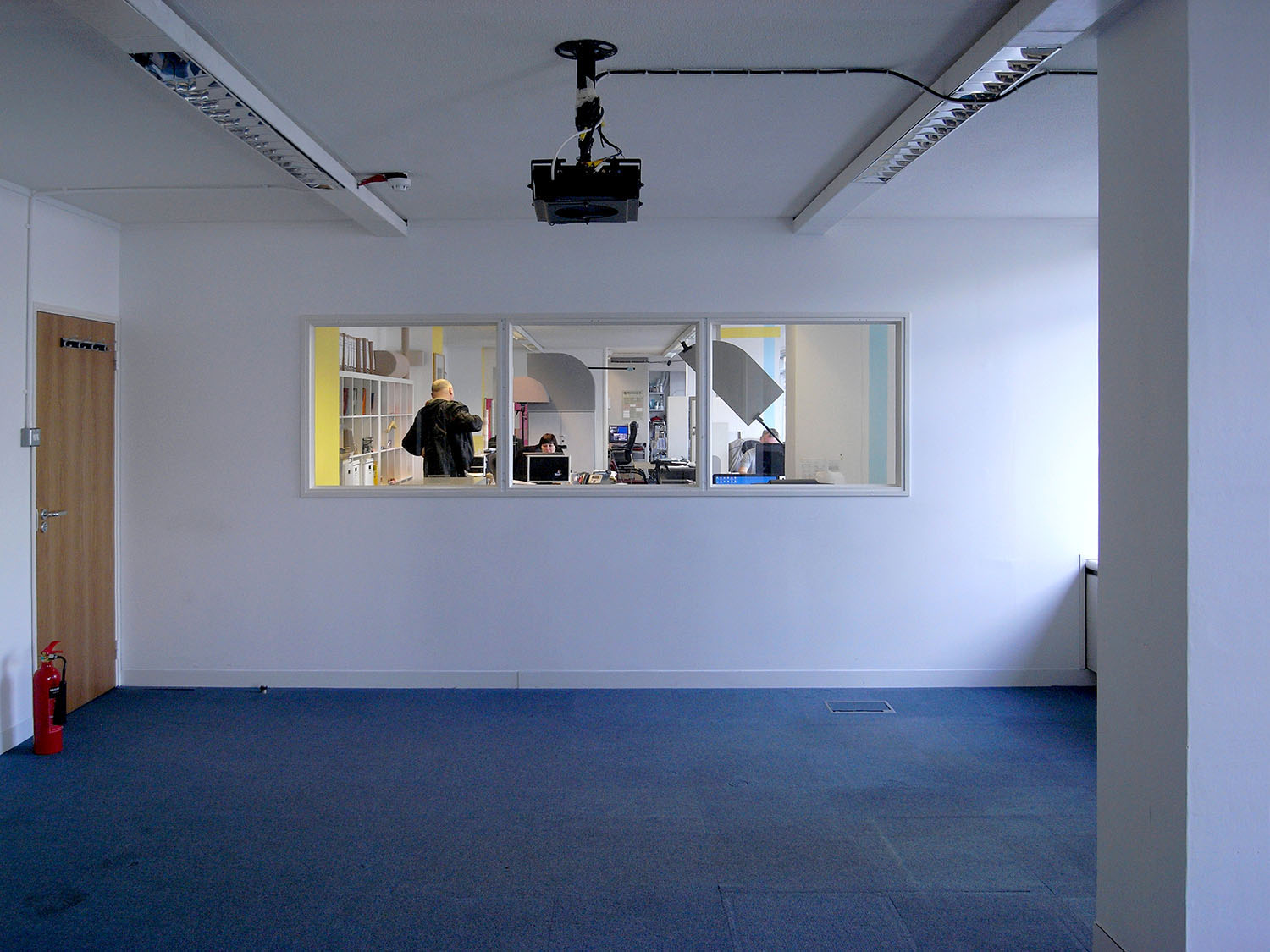 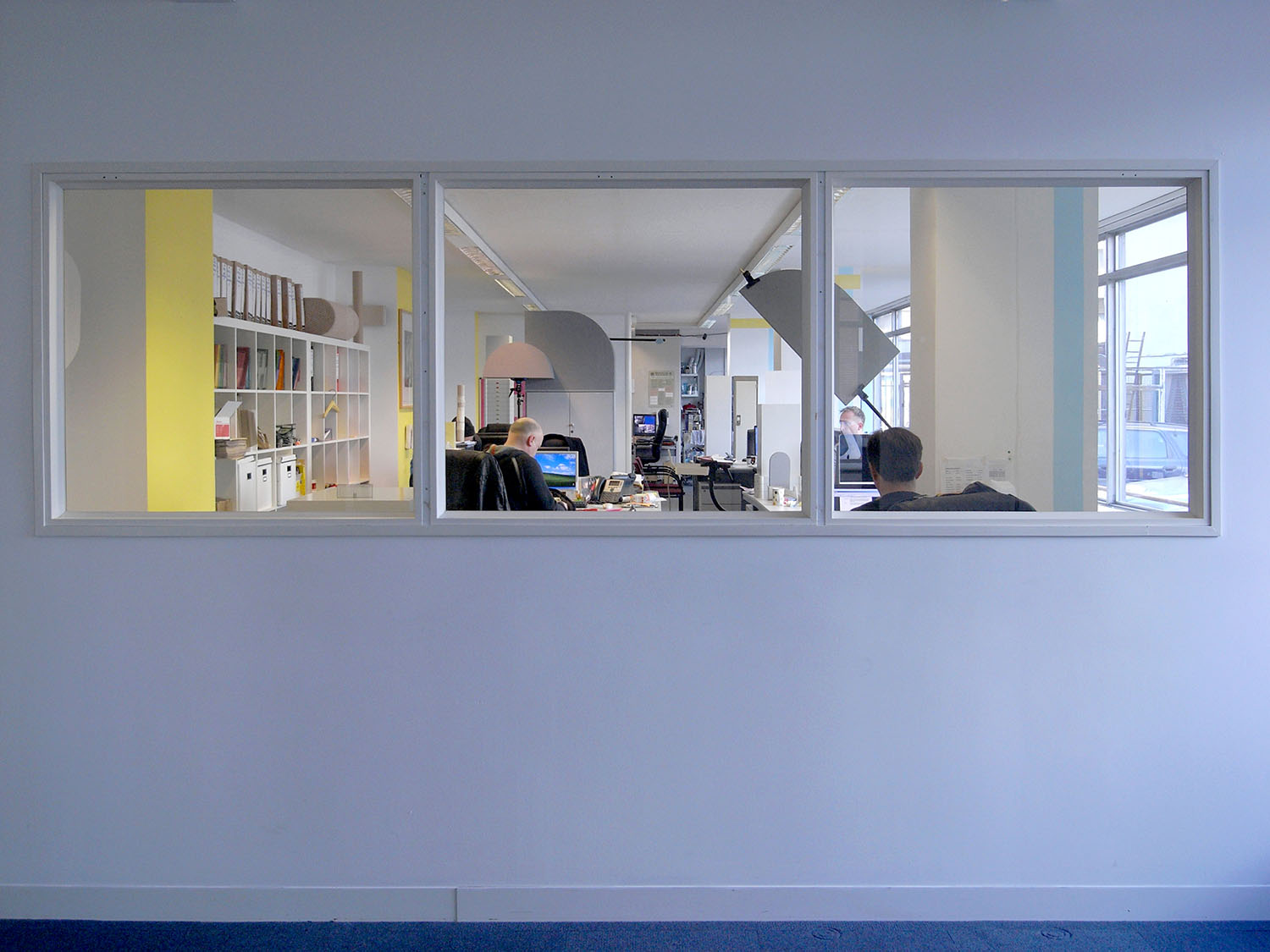 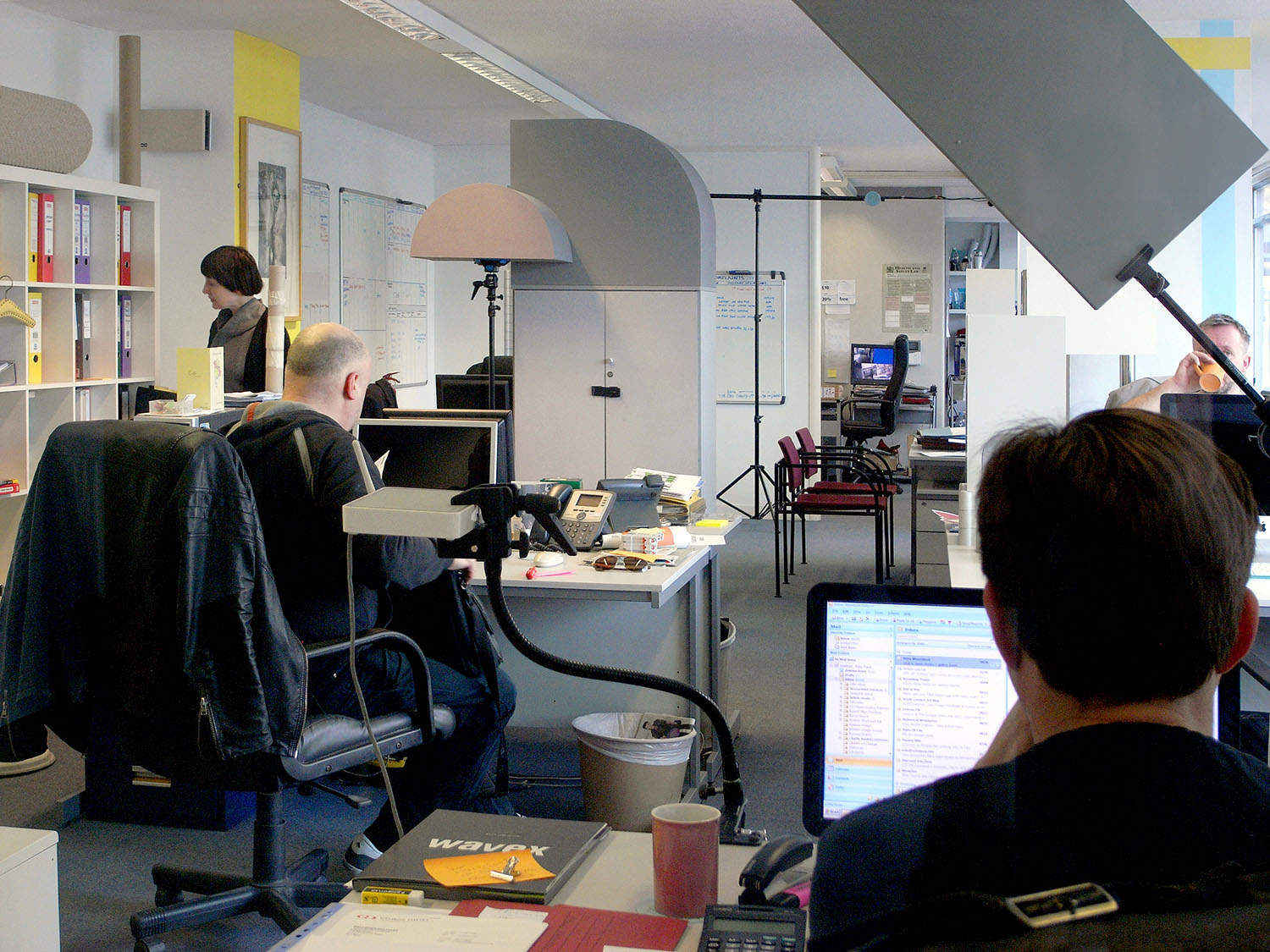 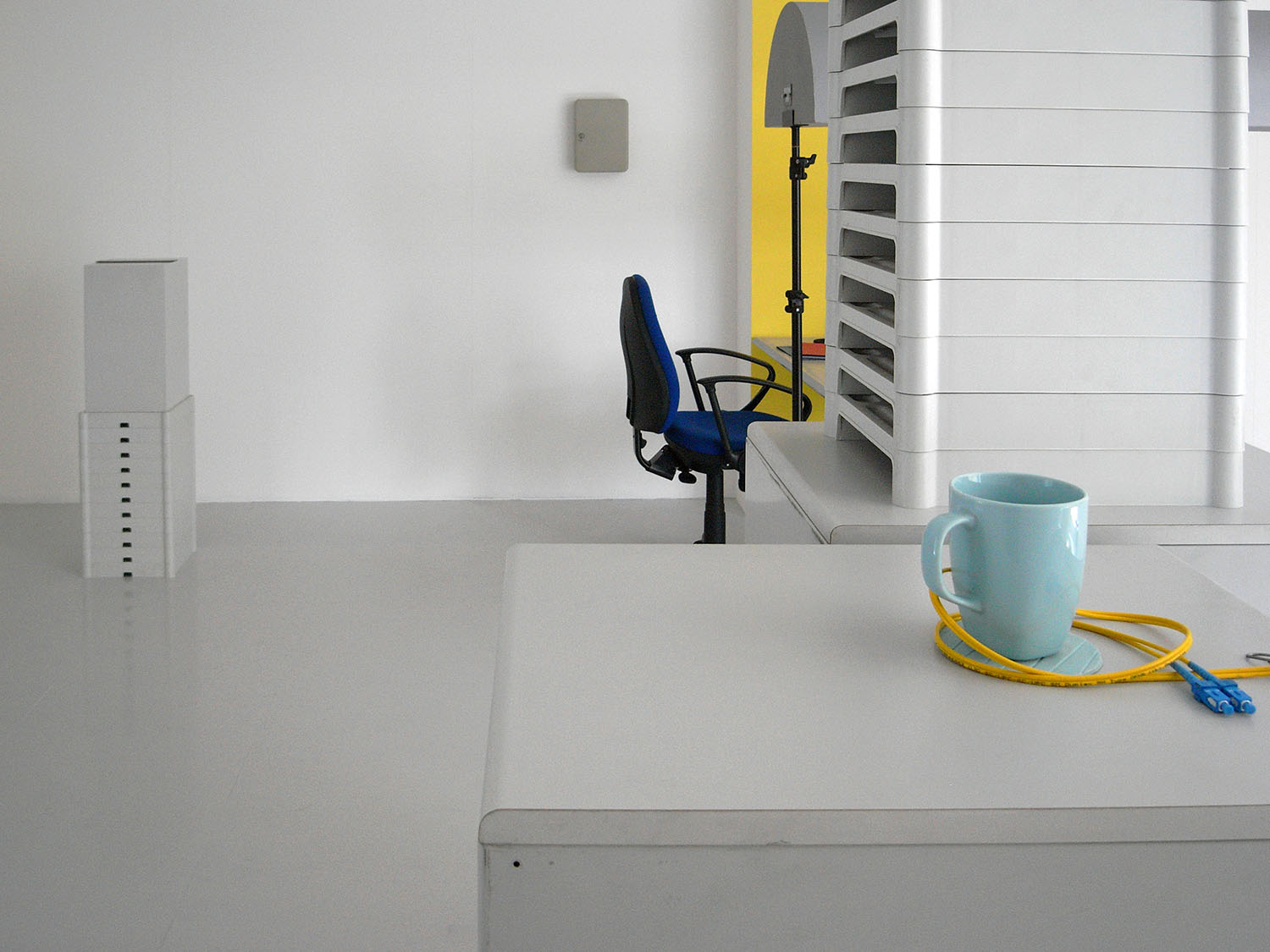 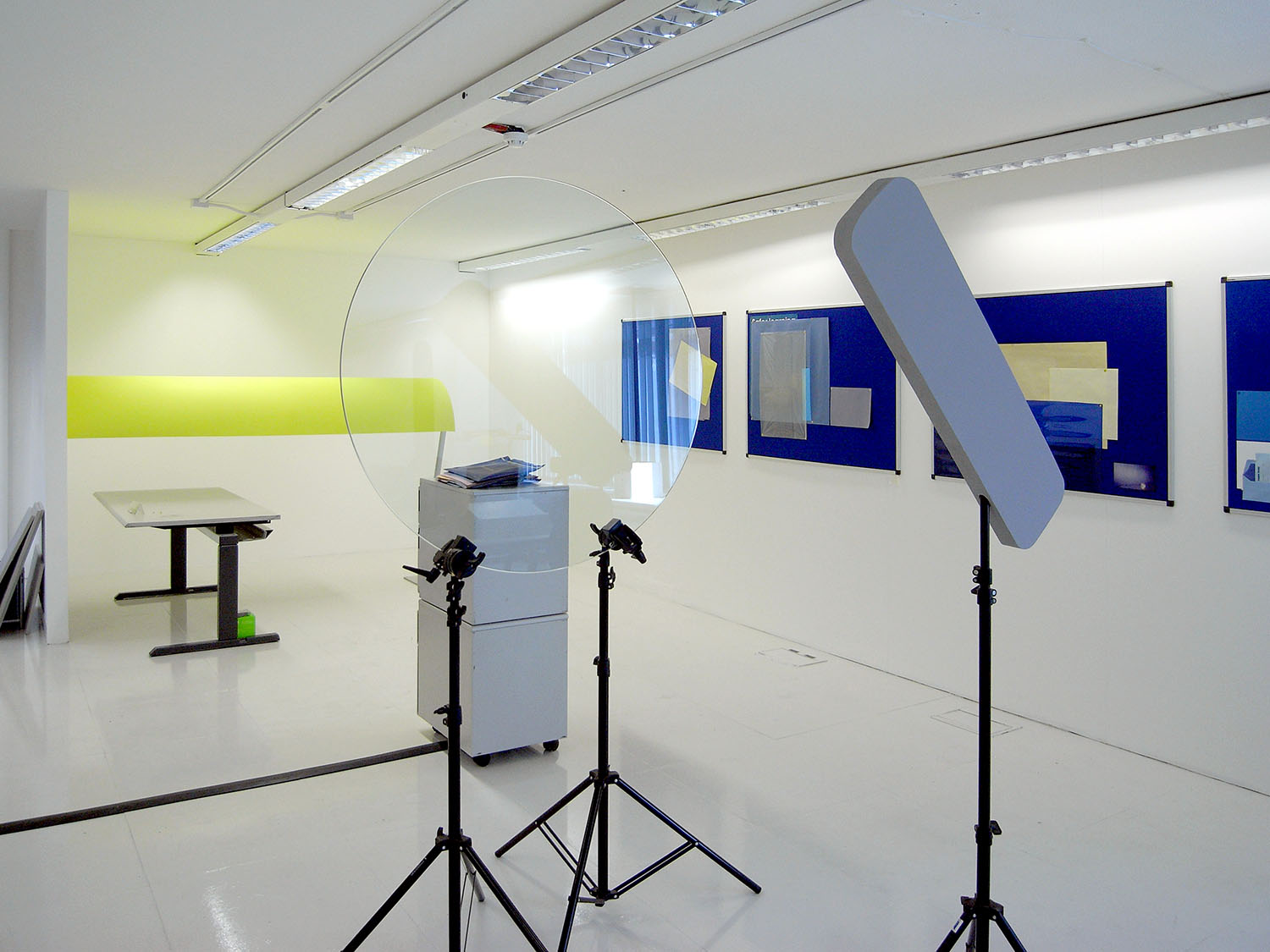 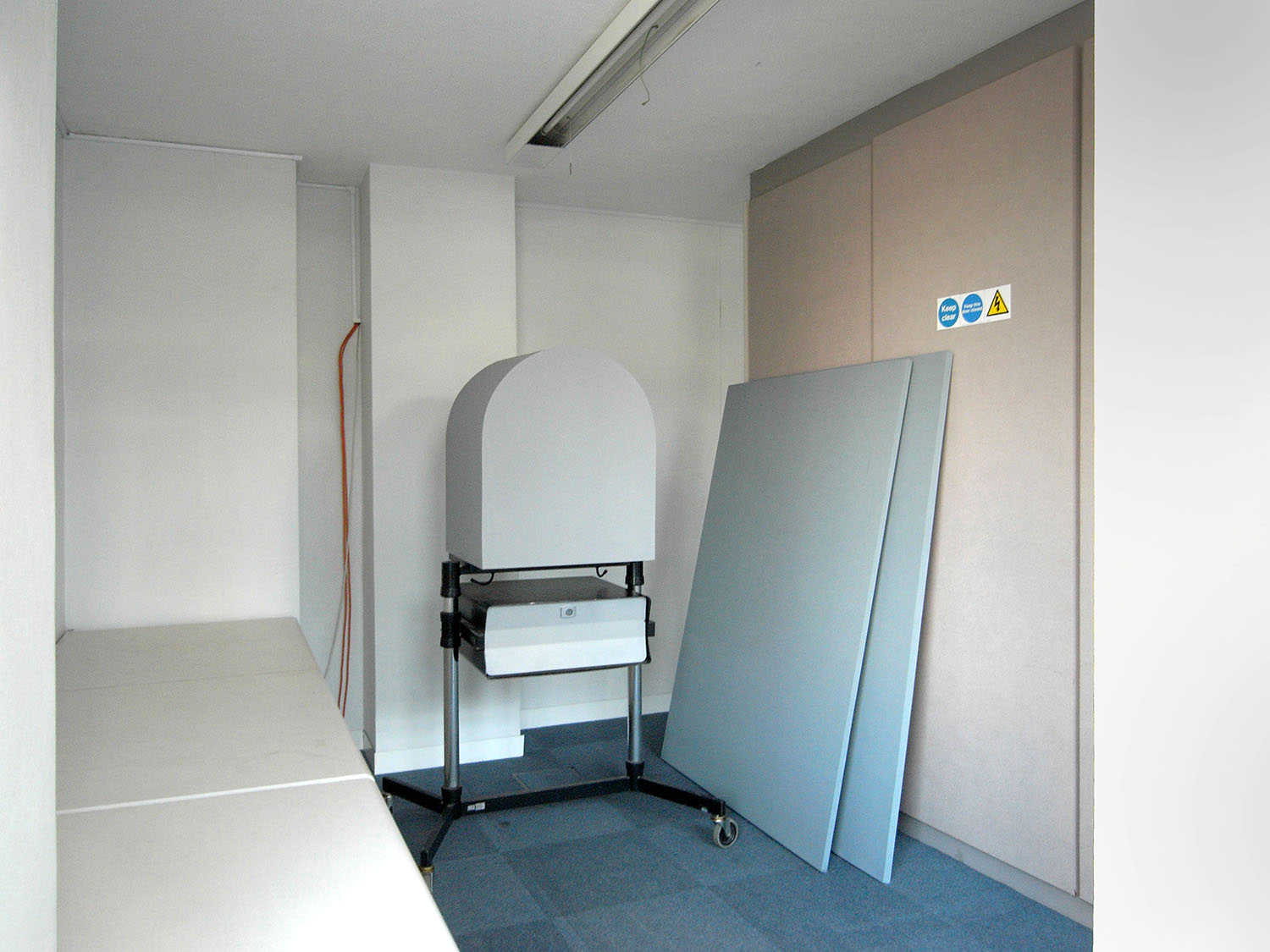 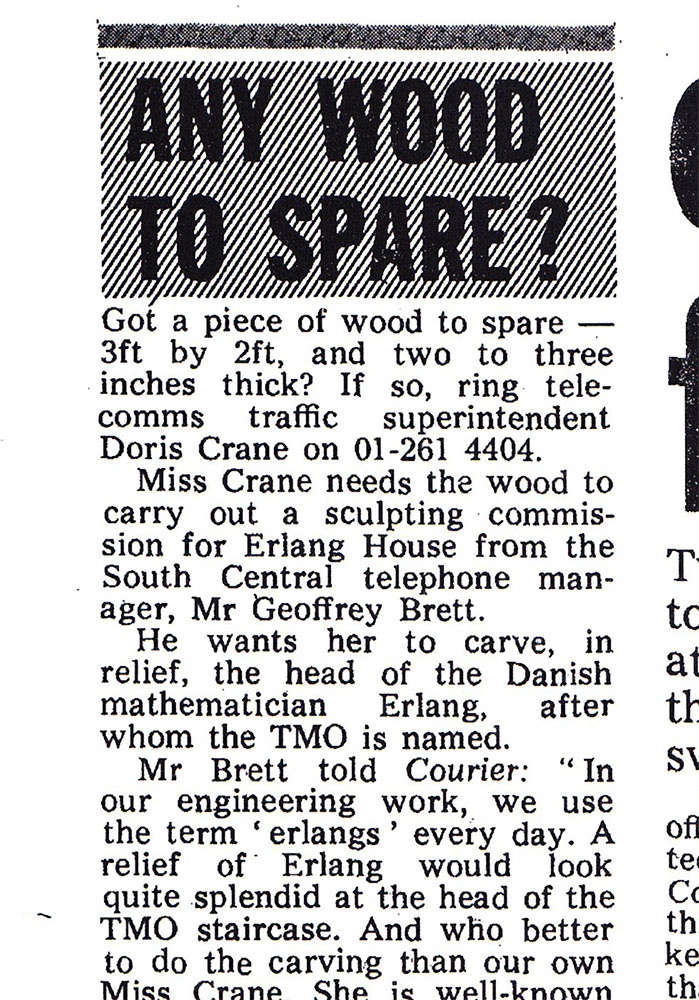 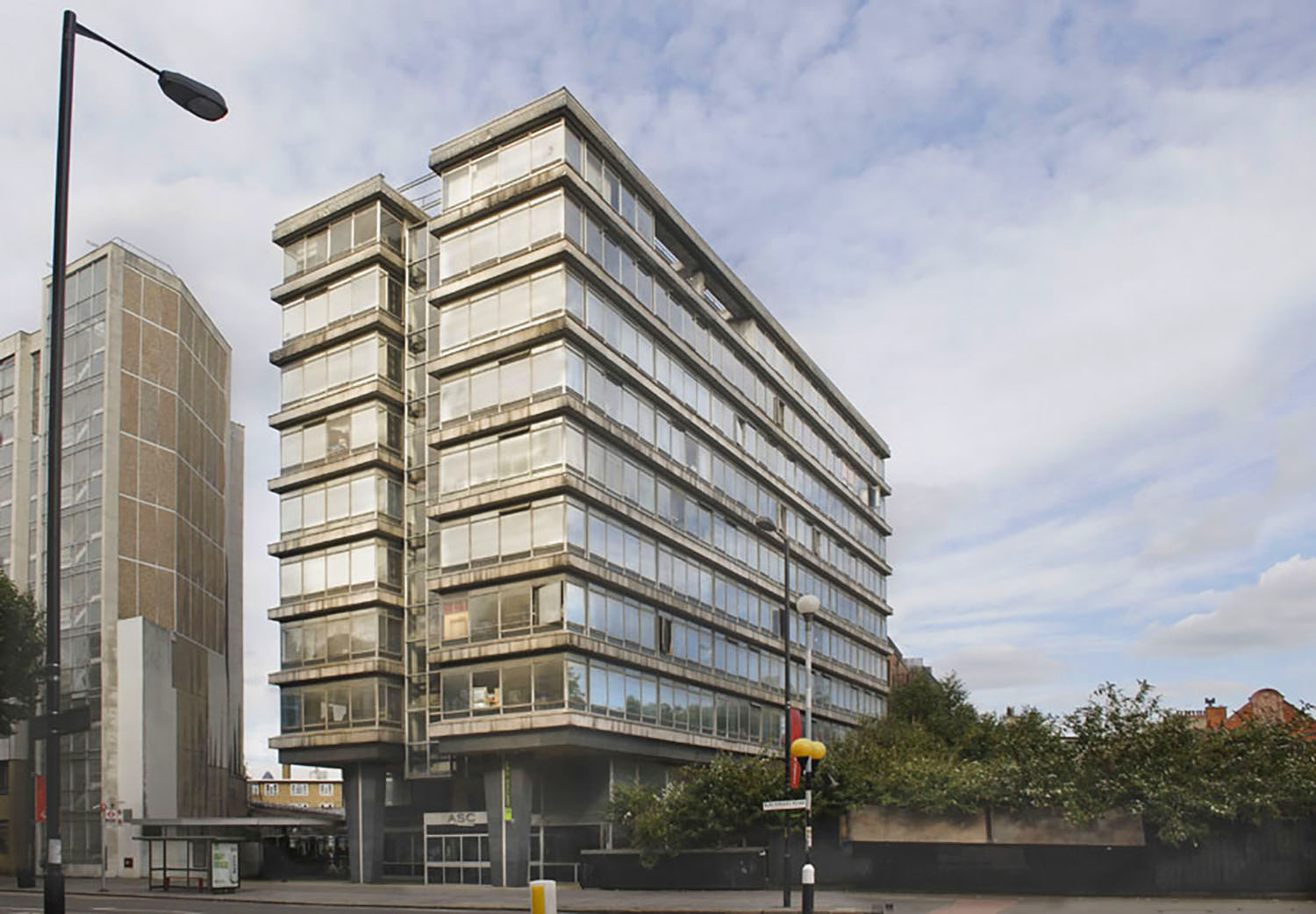